Skip to content
You Help Sustain UsDONATE
What's HappeningCALENDAR
What we have to offerPROGRAMS
Join usREGISTER
loading... 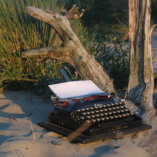 Along with the Hoffman’s Poetry Contest in January, there are a couple more North Coast opportunities for writers to submit their work.  Follow the links for specific requirements and ways to submit.

Cannon Beach Library’s Annual Writers Read Celebration 2020 is calling for submissions now.  This year’s theme is “Views from the North Coast”  This is an opportunity to write about your relationship to the North Coast. What is your vision of the North Coast? What draws you here? How do you feel connected to what you see?  The deadline is January 17, 2020.

The Seaside Public Library Foundation will be publishing its third annual short story anthology to support library programs. Writers are invited to submit a short story (1500 words, maximum) with a theme of books or libraries.

Winning entries will be featured at the Write on Seaside! Fundraiser this spring, where writers will have the opportunity to read an excerpt from their story and speak about their writing process.

Writers should include at least two characters in the story that event attendees can bid on to name for the final version of the story, which will be included in the anthology. Animals and mythological creatures tend to be audience favorites.  Deadline is January 31st, 2020.

Rain Magazine, the publication put out by Clatsop Community College has extended its deadline to February 15th, 2020.  They’re accepting submissions for all writing genres, as well as art.  This issue’s theme is “Broke.” 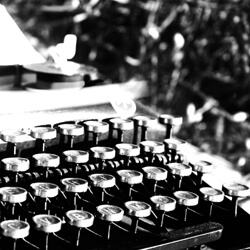 Local writers should check out these contest opportunities (with cash prizes for the winners) for their work. Hurry because deadlines are coming up!

Oregon Writers Colony is holding its fiction and nonfiction contests.  This year they have a new category–50 Word Stories.  Yes, you read that right.  Submissions are required to be exactly 50 words in length (not counting the title).  The deadline is August 15th, 2019.

Poets are invited to submit their work to the Oregon Poetry Association’s Fall contest. There are a number of categories, including one with the theme of “Our Common Life.” The deadline is September 1, 2019. 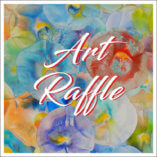 We invite you to help us “Make the world go round at the Hoffman Center for the Arts”  by purchasing a $10 raffle ticket for art by Karl Werner Kaiser. We chose Karl’s encaustic, Spin 103, as our 2019 garden party fundraiser theme. Measuring 16 x 16, Spin 103 is ready to hang, and would be priced in a gallery for $380. The art is on display in the Hoffman Center for the Arts gallery from June 16 through August 17.

Supporting the Hoffman Center for the Arts is about supporting and elevating arts and culture in a rural community. We offer eight year-round programs: writing, ceramics, visual arts, film, music, horticulture, the art of aging & dying, and the gallery in Manzanita, Oregon.

In 2018 we provided 480 opportunities for creativity- about 9 per week, drawing in roughly 850 participants. From learning to draw, hand-build with clay, write pithy dialogue, or critique a film, our volunteer-led programs provide opportunities for people to engage in pursuing an interest in the arts and to advance their skills, all the while helping create a strong and connected community. We invite you to be part of building the kind of community you want to live in or visit!

We will draw the raffle ticket on the evening of our Garden Party Fundraiser on August 17, 2019. You need not be present to win. The minimum chance of winning is one in 250. 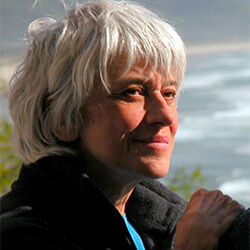 “Remember when you were a kid and the teacher gathered your class in a circle and read you a story? Well, turns out you don’t have to be a child to savor story time.

Professional actor Liz Cole came up with the idea of Story Time for Grown-Ups one day while she pondered what she really loved to do. The answer was two-fold: ride a bike and read beautifully written poems and stories. She took her idea for a series of story times to the Hoffman Center for the Arts in Manzanita and got the go-ahead. She’s been hosting a story time about once a year for the six years since.”

Read the rest of the article here…. 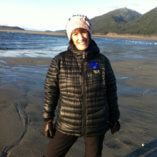 A poet who splits her time between Juneau, Alaska and Cape Meares, Oregon won the poetry contest held by the Manzanita Writers’ Series and the Hoffman Center for the Arts.  Helena Fagan will receive a $100 cash prize for her poem “Embrace,” and it will be published, along with a short interview, in the next issue of the North Coast Squid literary journal due out in November 2019.

“I kept returning to the lush opening imagery of this poem, its powerful connection to nature,” said Lana Ayers, the judge in this inaugural contest.  “This poet delivers a sense of gratitude that makes the reader rush to count her blessings as well,” she added.  Lana is a poet herself and the publisher of the Concrete Wolf chapbook series and MoonPath Press.

In addition to the winning poet, Lana recognized three poems as honorable mentions—”a tremendously difficult task with all the talented writers who submitted work to this contest.” The contest was capped at 50 poets, each submitting up to three poems.

Submissions for the seventh issue of the North Coast Squid, a journal of writing and art highlighting work from people with connections to the north Oregon coast, will be accepted June 1 through 30, 2019.  A release event with selected readings and an art show will be held on November 2nd.

The contest and the literary journal are part of the Manzanita Writers’ Series. 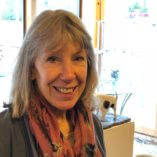 Toni Zenker-Greening, a resident of Manzanita, has joined the board of the Hoffman Center for the Arts in Manzanita.

Zenker-Greening says her passion for the visual arts accelerated when she retired after 35 years in financial and general management, and began her involvement with the Hoffman Center. She and her colleagues on the Visual Arts Committee have dedicated themselves to raising the Center’s visual arts profile on the Oregon Coast by increasing the quantity, quality, and diversity of visual arts programs and workshops.

Zenker-Greening’s management career spanned a range of for-profit and nonprofit organizations, including serving as CEO of Portland’s Dove Lewis Emergency Animal Hospital, chief administrative officer of law firms in Oregon and California, and president of the International Association of Legal Management.

Her civic engagement included board memberships on the City Club of Portland and the Reed College Women’s Committee. She was also a founding board member of Columbia Riverkeeper.

“I see the Hoffman Center as a magnet for artists seeking a home where they create, inspire, and build a community with art as its foundation,” said Zenker-Greening. “It can breathe cultural and economic life beyond our three villages. It is an open door to possibility for all of us who seek more than a place.” 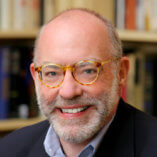 Marc Johnson, a resident of Neahkahnie, has been appointed to the board of directors of the Hoffman Center for the Arts in Manzanita.

Johnson was an owner/partner with Gallatin Public Affairs, a Pacific Northwest consulting firm for more than 20 years. He managed the firm’s Idaho office, served as company president, and specialized in crisis communications. He retired from the firm at the end of 2017.

Johnson also served as press secretary and chief of staff to four-term Idaho Governor Cecil D. Andrus and worked in television news. He has chaired the boards of the Idaho Humanities Council, the Federation of State Humanities Councils, the Boise Public Library and Regence BlueShield of Idaho.

He currently serves on the North Tillamook County Friends of the Library board, volunteers for the Emergency Volunteer Corps of Nehalem Bay, and is a member of the board of the Nehalem Bay Health District.

“The Hoffman Center is hugely important to the cultural life of our community,” said Johnson. “I’m honored to be involved with the board and hope to continue to further Hoffman Center-Library collaboration.”