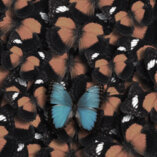 Like a nervous teenager about to meet her high school crush, I checked my makeup for the third time, popped an Altoid and anxiously paced the restaurant lobby. My stomach fluttered as he greeted me, flashing his handsome Italian smile.

Years ago, I remember being impressed by his swanky first-date choice of Moonshadows, a trendy ocean-front hangout for the “in-crowd.” It soon became our go-to spot for Sunday brunch, where we sipped Bloody Marys and super sleuthed our way through the morning with out-of-town guests spying for Malibu movie stars. It’s where we celebrated our five wedding anniversaries, always in the same window-seat booth. The sun never failed to welcome us back by showing off its spectacular red-and-orange glow before flashing its goodnight green.

I could still feel those early romance butterflies as we ordered chardonnay and my usual – crab cakes with orange salad, Gary’s go-to steak and potatoes. I hadn’t seen him since he left to stay with “a friend” a few days earlier after we argued about my long work hours and reluctance to start a family. My no-kids-for-five-years timeline had expired but I still wasn’t ready to share my budding journalism career with a newborn.

“He just needs time to blow off steam,’’ I had told a girlfriend nonchalantly. “He’ll be back tomorrow.’’ Two days later he invited me to dinner at our romantic haunt. I bought a silky, slightly clingy, blue dress, anticipating a make-up date.

“What are we celebrating tonight?’’ the waiter asked as he placed a basket of steaming sourdough bread on our candle-lit table. “A new beginning,” I told myself as Gary took my hands in his, stared right through me and smiled.

“I don’t love you anymore and I want a divorce,’’ he blurted out, as if he had casually commented on the weather.

The bricks came down hard. I couldn’t breathe. My body floated away but I could see Gary’s face becoming blurry and distorted below me. His voice broke through the dizzy haze: “I have a lawyer and he can represent you, too.’’ Then going in for the kill, he added: “But, we can still be friends,’’

Like a drunken patron, I stumbled to the bathroom and threw up. Slumping onto the stall’s cold, tile floor, I sobbed uncontrollably — those gut-wrenching, salty tears that sting your eyes and leave them puffed shut the next day.

“Blindsided” didn’t begin to describe my emotional whiplash. Didn’t we just buy our first house together? Weren’t we just here, at this very restaurant toasting our anniversary?

As I analyzed our marriage over the next several days, I realized I had been oblivious to the red flags that had been flying all along: the sudden appearance of a new motorcycle. Weekends with his “golf buddies.” A dry spell in the bedroom.

“How could I have been so naïve?” I asked myself after finding out he had been cheating on me.

Like the scorned woman I was, I swore off men and declared love to be grossly overrated.

So, several months later, when a colleague invited me to her party with the enticement that “I have the perfect guy for you’’ I was reluctant.

“I’m only staying for an hour,’’ I told her begrudgingly. I changed my tune as soon as I saw my blind date sauntering – in a Fabio sort of way – toward me. Gorgeous, chiseled body, piercing brown eyes. Environmentalist, writer, dabbles in poetry.

But after 20 minutes of incessant, self-indulgent chatter, his McDreamy façade devolved into a vapid love story to himself.

“I’m going to get a drink,” I said, escaping to the kitchen with no intention of returning.

I was about to sneak out the side door, when I was greeted with an exuberant, “hi, I’m Mike.’’ He, too, had been invited to the party with the promise that “I have the perfect girl for you.” She was a blond, skinny, architect. The perfect Barbie to my tree-hugging Ken.

His wide smile, gregarious charm and unpretentiousness drew me in like a spiritual magnet. He was balding and dressed like a city planner, but he smiled with his sea-blue eyes and his sincere ease of conversation transformed my contempt for men to an overwhelming sense of calm and peace.

Not love at first sight. Better.

We talked for the next two hours as if I had traveled down memory lane with someone I’ve known my entire life.

From that day forward, it was “Adventures with Spence’’ – each sprinkled with stimulating conversation and his “I-have-to-kiss-you-in-beautiful-places” declarations.

After 25 years together, we have seen the good, bad and ugly of each other. But we have also shared a genuine, unspoken understanding of one another, respect and unconditional love.

I’ll take that over butterflies any day.

Karen West and her family have vacationed annually with friends in Manzanita for at least 15 years. Her children grew up boogie-boarding, beach biking, horse-back riding, rolling down sand dunes, and exploring tide pools. Karen’s slice of heaven is an early morning walk along Manzanita’s deserted coastline.