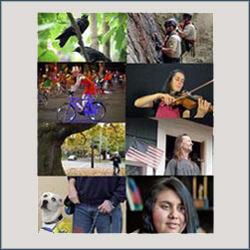 Hoffman Center will screen a set of 16 short documentaries produced by
Oregon independent filmmakers—curated by Todd Baize Productions of Portland
First shown in Portland, Spring 2019— the program runs about 109 minutes

The films to be shown are:

Curator Todd Baize will attend the screening to discuss the films.

Films about the Northwest, or by Northwest film makers.