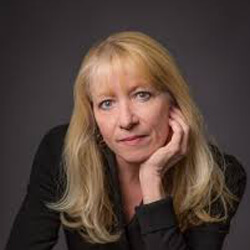 Saturday, November 20th
4 p.m.
Admission TBD
Venue will be determined in October, depending on COVID status.

About Jennifer
Jennifer began her writing career as a journalist. She graduated from California State University, Fresno with a degree in English literature and journalism and worked as a crime reporter for the Fresno Bee.

Interested in foreign affairs she traveled to Russia in the late 80’s and lived in London studying art and literature.

After touring much of Europe the hard way, on foot with a backpack, she later returned to Berlin for a foreign correspondents seminar.

While abroad she traveled into the war regions of Croatia and wrote an award winning article on the women and children refugees.

​Jennifer raised two daughters on her own after her husband died in a tragic car accident when her children were very young. They lived in Medford, Oregon for twenty years. Both daughter’s are grown now and venturing into history and legal careers.

​Raised as an Air Force brat Jennifer moved around as a child and that wanderlust followed her into adulthood. After living in many U.S. states, Jennifer has settled on the Oregon coast where she lives with her husband and their cat, Henry.