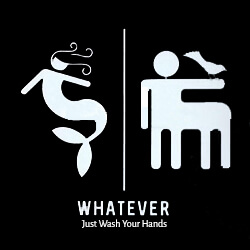 Hoffman Center Closing During December for Improvements
Returning in January 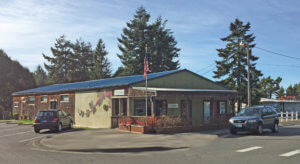 The Hoffman Center for the Arts will close during the month of December to do a number of improvements that cannot be done when we’re open for business.

The principal improvement will be installing a second restroom. The space currently occupied by the single ADA restroom will be expanded to accommodate a second non-ADA one. This project has been nicknamed “Loo Two.”

People visiting the Center should be a lot happier when nature calls. “This undertaking may be the most popular improvement since we replaced the old carpet a few years ago,” said Board member and former president Dave Dillon.

In the Gallery, the south wall will be sheet-rocked, some light fixtures will be upgraded, and a few electrical outlets and switches will be repositioned.

Center volunteers will take on revising storage spaces, and deep cleaning of all surfaces and recesses within the building.

Since the restroom project would disrupt any programs normally conducted in the Center, the board of directors opted to close down all operations for the whole month.

The Center will officially return to full operations Saturday, Jan. 4 at 1 p.m. with a celebration marking completion of improvements and the opening of the January “Green Piece” art show in the Hoffman Gallery.

This is time set aside for remodeling the foyer and installing a second and much needed additonal loo in the Hoffman. Donations to this project can be made at https://hoffmanarts.org/donate-now/?pack=Onetime and please specify in support of “The New Loo”.