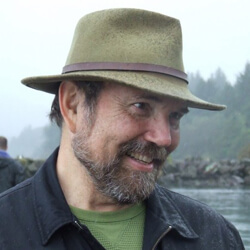 Author Thomas Hager will read from his new book, Ten Drugs:  How Plants, Powders, and Pills Have Shaped the History of Medicine. Local physician Larry Zagata MD FACEP will join him in conversation on how pharmaceuticals have influenced current practices.

Behind every landmark drug is a story. It could be an oddball researcher’s genius insight, a catalyzing moment in geopolitical 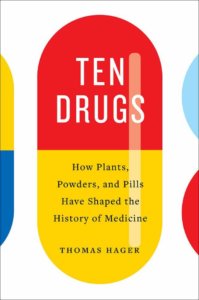 history, a new breakthrough technology, or an unexpected but welcome side effect discovered during clinical trials. Piece together these stories, as Thomas Hager does in this remarkable, century-spanning history, and you can trace the evolution of our culture and the practice of medicine.

Thomas Hager is the author of twelve books on health and science, as well as more than 100 feature and news articles in a variety of popular and professional periodicals. His national awards include the American Chemical Society’s 2017 James T. Grady–James H. Stack Award for Interpreting Chemistry for the Public.

He has been a keynote speaker, invited lecturer and guest scholar at a number of universities, and has spoken widely to groups ranging from the American Association for the Advancement of Science and the Goddard Space Center to science pub nights and Rotary Clubs.  His work has appeared in a wide range of periodicals, including the Wall St. Journal, Time, The Atlantic, and Reader’s Digest.

He is currently a courtesy associate professor of journalism and communication at the UO.

He lives in Eugene, Oregon, with his wife, the writer Lauren Kessler—and part time in Manzanita. 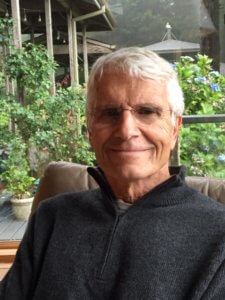 Larry Zagata MD FACEP has been practicing emergency medicine on the North Oregon Coast for some 40 years.  After five years in family practice, he transitioned to emergency medicine in the early ‘80s when the specialty was in its infancy. He served as the director of the emergency department at Columbia Memorial Hospital from 1985 through 2015.  He continues to have board certification in emergency medicine, has attained status as a Fellow of the American College of Emergency Medicine and currently works in the emergency and urgent care departments at Providence Seaside.  He lives in Manzanita with his wife Janice.

Author Thomas Hager will read from his new book, Ten Drugs:  How Plants, Powders, and Pills Have Shaped the History of Medicine