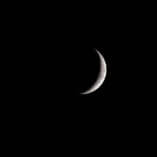 Jack Brooks was in his kitchen with his cat Bandito when he heard the mailman clattering up the steps of the Alice Arms Apartments.

Jack was making dumplings from recipes in the thick German cookbooks he took from his mother’s place, along with a stack of old Reader’s Digests and some old tome from Norman Vincent Peale, after she was killed in a head-on collision with a mental patient driving a stolen Fiat.

It was 1994, a cold evening in Rainy Springs, Oregon. Fresh mid-April winds rushed in from the sea. Richard Nixon died earlier that day.

Most nights, Jack ate alone, spooning out cheap takeout, from Thai One On, usually, onto a flimsy paper plate. An unmarried working stiff, making $9-an-hour as a drywaller, Jack took pride that he no longer needed to buy cat litter at Hoffman’s Grocery, having trained Bandito to shit in the toilet.

It would be a reckless year, full of incident, and in the end, well, you’ll  see.

After finishing his dumplings, Jack wandered down the hallway to retrieve his mail. He was a thin, frail man, with egg-colored skin, pale grey eyes as intense as an Aussie, and a head flush with dark hair.

Amid the advertising circulars and his cherished American Turf Monthly, a horse-racing handicapping magazine, there shone a letter, his name and address printed by hand, from New Jersey-based Hightower Products, maker of Ex-Lax.

Jack vaguely remembered the note he had penned to the company at the beginning of the year. He still had a copy of it.

I took the pills at bedtime, but it did not have any effect the next morning or all through the next day. I would appreciate the refund of $1.99.

Please return any remaining product, so that our quality assurance department can evaluate it. I have enclosed a postage-paid label for your convenience.

Enclosed is your refund.

Jack grabbed the check. His hands shook and beads of sweat rolled down his forehead. He tore off his Oregon Beavers sweatshirt. He felt faint, then, a moment later, giddy as a pup.

“Guess what, Bandito?” he roared. “The crazy bastards sent me a check matching my zip code! I’ll be goddamned.”

Joey got on the line.

“Listen, it’s Jack, you won’t believe what I just got.”

“What, what’s the matter? Where are you? You sound winded.”

The people in Rainy Springs came to the Bird Brain for one reason – to get sloshed. The joint was dimly lit, with brick moldy walls, sticky floors splattered with peanut shells and weathered black barstools lined up beneath a row of plastic painted seagulls dangling from a rusty aluminum rod.

“Listen, now, and keep your voice down.”

“Are you shitting me?”

Just then, Tina Milano happened by, skittering about the bar’s creaky floor in flip-flops and shorts, an unlit Camel hanging from her lips.

“Can I get you guys another drink?” she asked with a wink, her blue eyes bright as fireflies in a jar.

When she’d gone away, Celine Dion’s “Power of Love” blaring from the antique jukebox, Joey yelled, “So what are you going to do?”

Jack hadn’t really thought about it, but now it seemed clear.

On April 29, 1994, under bright blue skies and temperatures barely touching 75 degrees, Jack read through the daily racing form, and was excited to see that a horse named “Jack My Son” was running in the second race, listed at 10-to-1 odds.

“I’m gonna bet this one,” he told Joey. “Did I ever tell you my mom’s favorite quote?

“It was from Norman Vincent Peale: ‘If you shoot for the moon and miss, you’ll land among the stars.”’

That afternoon, Jack My Son won by three lengths, and Jack Brooks left the park with a $970,000 cashier’s check in his wallet.

At a racetrack bar, he toasted Joey, “To new beginnings.”

Ellis Conklin is a longtime journalist, working primarily as a political reporter at the Anchorage Times, UPI, the Los Angeles Herald Examiner, and the Seattle Post-Intelligencer. He retired several years ago and, after decades of vacationing on the Oregon coast, finally settled in Manzanita with his wife Lynn and Piper, their ocean-loving Australian Shepherd.