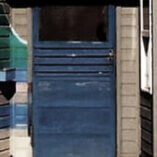 A couple of newspaper reporters talking, Seattle, 1994. It’s June. They’re sharing a small table by the coffee pot in the corner of the newsroom. A lemon-iced sheet cake awaits Jean, who is taking a job with our cross-town rival.

“So, anyway, you guys ought to check out this place. It’s called Manzanita,” says John.

“Down on the Oregon coast. A little town. South of Cannon Beach. You’ll love it.”

“Never heard of it.”

“What did you and Anne do there?”

“Not much, really,” John replies. “They have a great beach. Long and sandy. And we went to this nice little French restaurant. One night, we had fish and chips out on the deck of this place. Anne thought it was great. It overlooked the bay, the Sea Shack it was called.”

Jean arrives. Cheers go up. Fake pandemonium. No one wants sheet cake, and there’s been a lot of sheet cakes in recent months, mostly for reporters going to out-of-town dailies – not to the enemy.

“I heard J.D. is madder than a riled-up snake,” I say, referring to our editor-in-chief.

“You know,” John confides, “Jean doesn’t think O.J. did it. She doesn’t even believe he was in the back of the Bronco.”

“You’re kidding,” I say, cupping a hand over my mouth in mock astonishment.”

“Serious as a heart attack.”

Two months later, we headed to Manzanita — my wife and I, and our four-month-old daughter. It was the start of a 20-year-tradition. We’d go every summer, usually late July or early August for one golden week.

Manzanita had no hold on us then, not like it does today. Our world here was small: Beach Street or Carmel. Always a first night at Marzano’s, the second on the patio of the newly-opened Left Coast, the joint we called “The Healthy Mexican Place,” and perhaps the third on the deck at the Sea Shack, where the tied up fake seagull whirled in the incoming ocean breeze.

Back then, most days were spent in the Cove, a wind-protected haven we discovered not far from a big ocean-front monstrosity built by an executive of Garden Burger, or so we were told.

My daughter grew up a little in Manzanita. She carried water back from the sea in a tiny red bucket. She made sandcastles. She rode beach bikes and horses. She boogie-boarded. She suntanned on a deck above the roaring ocean.

A wall in our old Seattle house, and now at our home in Manzanita, is devoted to the pictures we took of her each year at the beach. There are eighteen of them. If a tidal wave comes, they will be the first things I carry out.

But now they have, and my, how it has changed. Then again, so have we all.

We would arrive, my Honda Accord packed to the gills, on a late Saturday afternoon. We’d stop at Manzanita Rental and I’d have a cheery chat with Kay for awhile and grab the keys.

Then, always, we’d take our customary crawl down Laneda. For so many years, nothing changed. Nothing.

John hasn’t been here in many years. At least I don’t think he has. J.D., our old editor, is long dead and gone. Jean still writes and her copy is better than ever. She also is convinced now that O.J. did do it.

But what matters most to me is that door at the Little Apple. It’s no longer the color blue. Hasn’t been for years now. And I wish it still was.

Ellis is a longtime journalist who worked primarily as a political reporter at the Anchorage Times, UPI, the Los Angeles Herald Examiner, and the Seattle Post-Intelligencer. He retired several years ago and, after decades of vacationing on the Oregon coast, finally settled in Manzanita with his wife Lynn and Piper, their ocean-loving Australian Shepherd.