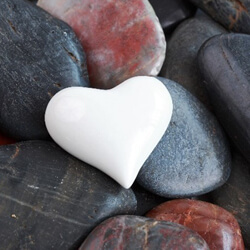 Ah, gratitude: a simple way to honor the place in which you find yourself; an emotion that encompasses the breadth of a life and lights the sometimes stony path ahead.

I am grateful for the friendships that grace my life, the most profound of which is my friendship with the amazing woman who decided to spend her life with me. I don’t think there’s a day that goes by without my contemplative boundless appreciation. My blushing bride probably hasn’t blushed in quite some time—after all—she has seen, pretty much, everything there is to see during the lifetime she’s chosen to put up with me. Maybe part of it is her pioneer stoicism or maybe she’s just waiting for me to surprise her again, like the anniversary we stayed up all night and wound up on the beach at sunrise digging clams with our hands. Still, she embraces our union with steadfast humor and understanding, making me the luckiest man in the history of men.

I am grateful for the realization that we humans are not the crown of creation. We are but one jewel of many in that fancy headgear. Is our spatial recognition any better than a spider’s? Does our hearing translate at all to that of a bat? Or a dolphin? Our eyesight is hopelessly nearsighted compared to a sharp-shinned hawk. What we call stink is a rich encyclopedia for dogs. And animals feel much like we do. They know joy, grief, anger, and fear. We are just learning how to quantify this. Part of the reason understanding has taken so long is our arrogance and unwillingness to recognize that animals have a right equal to ours when it comes abiding on this shared waterlogged oblate spheroid. Yes, Nature is uncomprehendingly brutal, but are we the only creatures capable of kindness? What about killer whales gently leading small wayward boats to a safe shore in dense fog? This has been documented more than once. And when a dog tried to follow his person’s boat out into Puget Sound and exhausted himself, resident orcas nudged him several miles back to the beach, not letting him drown. Kindness. What else could it be? What about a mother allowing a different species to suckle and survive? Happens on every continent. There is immense power in the natural world. We would do well to recognize it, brutality and all. In the big picture, it will save us if we are to be saved. Do animals feel gratitude? I would not be the slightest bit surprised.

I am grateful for the gift of music. I’ve known I am a musician since the age of four when I would haul a kitchen chair to the living room, drag it between the big speakers my dad built, clamber up and emotionally conduct the 1812 Overture. The recording with the cannons. Stereo was a new thing and I instinctively became part of the music. It washed over me and through me and held me in its vast gnarled hand to give me my first inklings of grace. I knew every nuance and was endlessly fascinated by how all that sound could have come out of Tchaikovsky’s head and heart. I was deeply amazed. Still am. As I grew into my gift I was captivated by the neverendingness of practice and performance, the cosmic bonding with other musicians and audiences of all kinds. I remember coming out of an extended guitar solo to discover the other people onstage and in the audience were all balls of light, glowing like stars, pulsing and thriving. Scared me briefly until I was infused with a warmth I can only explain as the grace of god. There are really no words for how it was and is. I tell this story and people smile knowingly and ask: “what were you on?” I just smile back and say “music.”

Finally (yes, I am winding down), there are the animals with whom I’ve had the extreme pleasure of codependence. There were two cats, Gracie and Rama, who came through my life after I was grown and on my own. They blessed my marriage, both for close to 20 years each. Being cats, they still visit from time to time, their spirits passing through to say hello. And I cannot leave out Toulouse, a mottled Catahoula Leopard Dog who’s become the model for one of the heroes in the novels I write. He’s curled up in the hallway as I write this, making sure I’m doing my best. I’m convinced he’s the best dog in the history of dogs. He just yawned and stretched, hoping this is the last sentence. And so it is.

Jim Stewart awakens in Gearhart, Oregon every morning and seeks community, writing in hopes of prying the lids from readers’ hearts to produce those tender murmurs of recognition. Born in Chicago, he remembers Buffalo, Boston, Dana Point and has worked in Oregon for the past five decades.