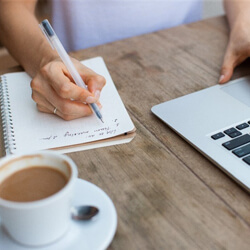 I’d been divorced twice and had a child out of wedlock. I was in no mood for marriage.

I did want to date, though. I fantasized I’d meet a man who wanted a long-term arrangement without any formal commitment. This way, I reasoned to myself, I could avoid failure. I could keep from exposing my 8-year-old son to yet another disaster of a relationship.

I had it all figured out.

Still, I was picky. I had The List of qualities I wanted in this fictional no-marriage mystery man. The list, back then, was of utmost importance. Eighteen years later, I can barely remember what was on that list. What I do recall is that I was hoping for someone around 38 (to my 43) and Buddhist. Younger and enlightened.

Aimed at potential suitors, The List was the perfect weapon of elimination. I put it to use, even when I just needed a date for a single event, like the upcoming U2 concert for which I had two tickets. Armed with this list, I considered each possible candidate to accompany me, my criteria the ammunition. I discovered what I’d suspected: None of them was worthy of my company. I went to the concert alone, an unused $200 ticket floating lamely in my purse, dusty and alone.

As U2 belted out “I Still Haven’t Found What I’m Looking For,” the crowd – on its feet – swayed in the dark. I rocked along, feeling like an idiot too choosy to have a companion share the experience with me. Maybe, I thought, I could evaluate the men a little less. Maybe I could just have fun.

Two days later, I received a last-minute party invitation. A work colleague reached out, saying he knew I liked to dance and “we need people to dance” as his band tried out new material in the backyard.

“Will there be any single guys there to dance with?” I asked.

“Probably not,” he said. “But there will be people who want to dance.”

I spent the next 48 hours talking myself into and out of the party, lamenting the idea of being the lone unattached attendee bobbing conspicuously in a sea of marrieds. A friend agreed to go with me, then backed out at the last minute. If I went, it would be a solo excursion.

That Saturday, I remembered my four-day-old resolve to “have fun.” I didn’t need to impose my criteria on every guy I met. I could go with an open mind. I decided – with not just a little trepidation – to leave my list at home and simply go to a party.

A few hours later, I stood at the edge of the stage, watching partners dance, pretending not to feel awkward. A tall, skinny, equally awkward-looking man approached. He asked me to dance. I said yes.

Chatting clumsily as we danced, I learned his name was Tim. He, too, had been invited at the last minute by the one person he knew at the party and had wondered if there would be any single dance partners available. Like me, he’d been told that was unlikely. He’d come with a couple of friends, just for fun.

When the song ended, Tim introduced me to his friends. I was no longer alone at the party.

Over the next few weeks, we all went dancing several times, on “group dates,” as we later called them. One of my friends somewhat snarkily asked about how Tim – the only single guy in the group – stacked up against my list, wondering if he was “38 and Buddhist.” I told her no: He was 46 and Republican. He was also a lot of fun.

On our fourth group date, the others went home early, leaving Tim and me alone at the country bar. As we uneasily tiptoed around our unspoken attraction to each other, Tim wondered if we could go out together “unchaperoned,” as he put it.

A week later, we had dinner. Then, and on the whirlwind of dates that followed, I discovered Tim was more than just fun. He was different from previous men in my life, free of drama and intrigue. He didn’t want or need to be fixed. Had I not been standing alone in the dark at U2 just a few weeks earlier, I’d likely have written him off or seen his stability and availability as “boring.”

Over time, I came to see he had qualities I hadn’t even thought to load onto the list: presence and acceptance. He didn’t want, expect, or ask me to change. He didn’t tell me I was “too much,” as many others had. He wasn’t intimidated by me. He didn’t resent or avoid my son. He celebrated us both.

Two years later, on the anniversary of that “married people only” party, I walked down the aisle for the last time, my son at my side.