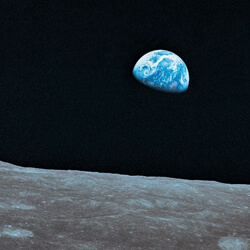 On the night before we set off for the Russian River, my sister had a nervous breakdown.

She was young then, a thin, nice-looking girl of seventeen, and had been hiking up the Alice Eastwood trail on Mount Tamalpais, my mother told me, when she began jabbering about something. I can’t remember, nor can my mother, what it was that triggered the jabbering fit.

It was the summer of 1969, the year I left for college. The moon landing was only a couple of days away, and now with Amy’s breakdown, it didn’t seem likely our two-day vacation would take place.

And so all of us, mom, and me and my two younger brothers, plopped ourselves into dad’s 1962 Ford Galaxy and off we headed to the Russian River in Guerneville, a 90-minute drive from our tract house in San Rafael.

“What do you suppose Amy is doing now?” my mother asked as we headed north, through green fields and tree-studded hills, where an occasional deer might sprint across the road.

“It’s Sunday, so she’s probably eating a piece of chocolate cake at that nuthouse we put her in, getting ready to watch Bonanza,” my father replied, swatting away a yellow jacket that had flown in the passenger window.

“It’s not a nuthouse,” my mother shot back. “It’s not! They call it Tranquility Home.”

When we got to the river, me, Jack and Clark jumped out and scrambled for the warm greenish waters that flowed slowly under a big red bridge toward the ocean at Jenner.

My parents brought a picnic basket, and when we left the river dripping wet, my mother covered us with heavy towels and we ate hungrily of the ham-and-cheese sandwiches she’d packed in a cooler, also filled with a six-pack of Hamm’s beer my father would enjoy. Make that inhale.

As the sun drooped into the sea and it began to grow dark, Jack, who was fourteen then, and bright as a kite, asked me. He said, “Well, Peter, what do you say we go spring Amy out of that crazy house?”

“I don’t know about that,” I replied.

And then, suddenly, Amy appeared. I mean, she seemed to come out of nowhere.

“How did you get out?” I stammered.

“Easy, I just kept jabbering until they couldn’t stand it,” she answered.

“Nothing really. I just said if anyone lands on the moon tomorrow, they ought to say something like, “One small step for man, one giant leap for mankind.”

“And they called that jabbering?” I asked her, stunned by their idiocy.

“Oh yeah, but I think what really got ‘em was when I started making predictions about Nixon. That’s when they really thought I was a jabbering lunatic.”

“What did you predict?”

“Nothing all that surprising, really,” Amy replied.

“Like, someday he’d have to resign for being a crook. I kept saying something like, ‘water gate,’ ‘water gate.’ I think those are the words I kept repeating.”

“They came with the straightjacket, that’s what they did, Peter,” Amy recounted. “They put me in a straightjacket and took me away.”

Ellis is a longtime journalist who worked as a political reporter at the Anchorage Times, UPI, the Los Angeles Herald Examiner, and the Seattle Post-Intelligencer. He retired several years ago and, after decades of vacationing on the Oregon coast, finally settled in Manzanita with his wife Lynn and their ocean-loving Australian Shepherd Piper.