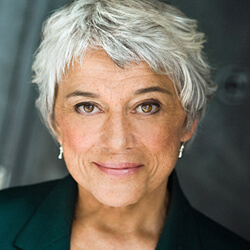 Art of Aging | Art of Dying

NOTE:  BOTH PERFORMANCES ARE SOLD OUT AND THERE ARE NO TICKETS FOR SALE AT THE DOOR.

Liz Cole in “The Wisdom of  WIT”

WIT by Margaret Edson, which won the Pulitzer Prize for Drama in 1999, tells the story of a brilliant professor who suddenly finds the tools of academia useless in her journey to come to terms with her diagnosis of ovarian cancer. Liz Cole created the leading role in the first production of the play in 1995 at the South Coast Repertory in Costa Mesa, CA, where she won the L.A. Drama Critics’ Circle Award for Outstanding Performance.

“The Wisdom of WIT” is Cole’s solo version of the play, a piece she has performed numerous times across the country. Like the play, this version is both heart-wrenching and humorous, and explores the beauty of simplicity and the puzzle of our irrevocable fate.

Liz Cole now brings this solo version to the Hoffman Center for the Arts in Manzanita.

Liz Cole has had a long acting career on the professional stage, and has also made TV guest-star appearances on Seinfeld, ER, Star Trek, The Practice, Judging Amy, Las Vegas, and many others.

Cole has performed locally for various benefit events (Lower Nehalem Land Trust, Food Roots, Rinehart Clinic, Nehalem Valley Historical Society). She appeared in the original solo play Lost Pioneer, which she developed with Mark Beach and Portland playwright Ellen West. The play, presented seven times in Tillamook County, is based on the lives of three women who homesteaded in the county in the 1890s, and blends biographical data with historical imagination.

A demo reel of selected TV appearances by Cole is available online.

If you’d like to be on an email list for the Art of Aging/of Dying announcements, or for more information contact email Tela Skinner at [email protected]