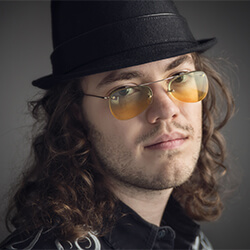 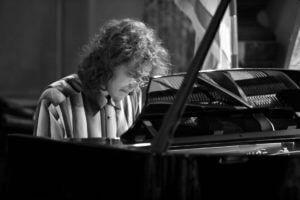 Award-winning New York City jazz pianist and composer Ben Rosenblum will play material from his upcoming second album River City at the Hoffman Center in Manzanita, featuring rising jazz star and Bay Area native Kanoa Mendenhall on bass and highly regarded New York City drummer Ben Zweig. Described as an “impressive talent” by All About Jazz, Rosenblum was a finalist at the 2015 American Jazz Pianist Competition in Melbourne, Florida, and at the 2016 Jacksonville Jazz Piano Competition in Jacksonville, Florida, and has performed in bands led by Bobby Watson, Winard Harper, TS Monk, Curtis Lundy, Chris Washburne and many others jazz luminaries. This performance will be part of a two-week long West Coast tour celebrating the new album. In 2017, Rosenblum made his West Coast debut to mark the release of his debut trio album, Instead (4 stars, Downbeat Magazine). Highlights of this tour included a well-attended performance at Kuumbwa Jazz Center in Santa Cruz, CA, and two sold out sets at Cafe Pink House in Saratoga, CA.

Ben Rosenblum has been called “mature beyond his years,” (Jon Neudorf, Sea of Tranquility), a young pianist who “caresses [the music] with the reverence it merits” (Bob Doerschuk, Downbeat Magazine). His original music and arrangements combine his extensive foundation in straight-ahead jazz with his free-wheeling, modern melodic sensibility and powerful narrative approach to the piano. His profound passion for jazz, swing and world music genres finds expression in his unique fusion of harmonic and rhythmic elements from a wide array of sources, and gives rise to a signature compositional sound and style at once iconoclastic and deeply rooted in such figures as Bill Evans and Wynton Kelly. Ben’s first priority in his composition and in his playing is always narrative – to tell a compelling story with his music, reaching the hearts of his audience and connecting with them on an emotional, an intellectual and a spiritual level.

Join us for an amazing evening of music from the Ben Rosenblum Piano Trio, who graces us with a show as part of their west coast tour. Rosenblum is an award-winning jazz pianist, composer and accordionist who has been described as “mature beyond his years,” (Jon Neudorf, Sea of Tranquility).