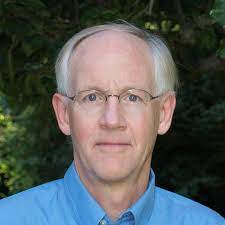 Saturday, September 18th
4 p.m.
Admission $10
Venue will be determined in late August, depending on COVID status. If virtual, you’ll receive a link the day before the event.

Bestselling author Blaine Harden will read from his newest book, Murder at the Mission, A Frontier Killing, Its Legacy of Lies, 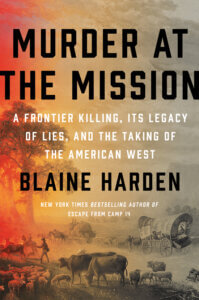 and the Taking of the American West published April 27.

The book examines the mendacious legacy of an infamous “Indian massacre” that made the Pacific Northwest a part of the United States. It introduces a motley crew of Protestant minsters who invented and popularized a Big Lie about the killing. Murder at the Mission shows how they falsified the history of the West, sanctified white conquest, and enabled a century of abusive treatment of Native Americans.

Learn more from this review in the LA Times.

Harden is an American author and journalist. For 28 years, he worked for The Washington Post as a correspondent in Africa, Eastern Europe and Asia, as well as in New York and Seattle. For four years, he was a local and national correspondent for The New York Times and a writer for the Times Magazine. He has written for The Economist, Time, Foreign Policy, National Geographic and the Guardian. His books have been excerpted in The Wall Street Journal, Politico, The Atlantic, The Guardian, The Daily Beast, Le Monde, Der Spiegel and performed on the air by BBC Radio productions.

Since 2012, Harden has written three acclaimed books about North Korea. His most recent, King of Spies (Viking, 2017), is the story of a rogue American spymaster in Korea. Air Force Major Donald Nichols was part Rambo, part Kurtz, and his black-ops misadventures had been hidden from history. Harden’s 2015 book is The Great Leader and the Fighter Pilot. It’s about the rise of the tyrant who created North Korea and a young fighter pilot who stole his way to freedom with the help of a Russian-made MiG-15.

Harden’s 2012 book, Escape From Camp 14, was an international bestseller translated into 28 languages. It’s the story of Shin Dong-hyuk, the only person born in a North Korean prison camp to escape to the West. The book and Shin’s testimony pushed the United Nations to create a Commission of Inquiry that concluded in 2014 that North Korea continues to commit crimes against humanity in its gulag of prison camps.

Escape won the 2112 Grand Prix de la Biographie Politique, a French literary award, and was a finalist for the Dayton Literary Peace Prize. It inspired a segment about Shin on 60 Minutes.

Harden is also the author of A River Lost. It’s about well-intentioned Americans (including the author’s father) who dammed and degraded the West’s greatest river, the Columbia.  His first book, Africa: Dispatches from a Fragile Continent, was described by The Independent (London) as the “best contemporary book on Africa.”

Blaine Harden reads from his new book, Murder at the Mission