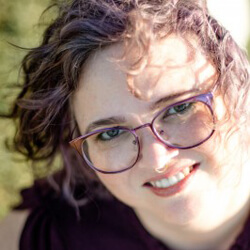 The Manzanita Writers’ Series is delighted to welcome Cuban-American author Leigh Camacho Rourks who will read from her debut short story collection, Moon Trees and Other Orphans, at 4 pm at the Hoffman Center for the Arts in Manzanita on Saturday, January 18th, 2020.

Moon Trees and Other Orphans is a gritty collection of short stories set along the Gulf Coast, focusing on themes of desperation, loneliness, and love. Filled with hard-living characters who are deeply lonely, it tracks the ways they fight for survival, often making very bad decisions as they go. Populated by gun toting women, ex-cons, desperate teens, and other outsiders, it is a collection about what life is like in hard places, both beautiful and dangerous.

Hot damn, this is a powerhouse debut. Leigh Camacho Rourks deserves a hallowed space on the shelf between Flannery O’Connor and Donald Ray Pollock. Every sentence burns like a black candle, and her stories are gothic and fearless and unsparing and barbed with wondrous detail and populated by the kinds of misfits and renegades and freaks you might feel nervous living next door to, but can’t get enough of on the page. — Benjamin Percy

Leigh Camacho Rourks is a Cuban-American author who lives and works in Central Florida, where she is an Assistant Professor of English and Humanities at Beacon College. She is the recipient of the St. Lawrence Book Award, the Glenna Luschei Prairie Schooner Award, and the Robert Watson Literary Review Prize, and her work has been shortlisted for several other awards. Her fiction, poems, and essays have appeared in a number of journals, including Kenyon Review, Prairie Schooner, RHINO, TriQuarterly, December Magazine, and Greensboro Review.